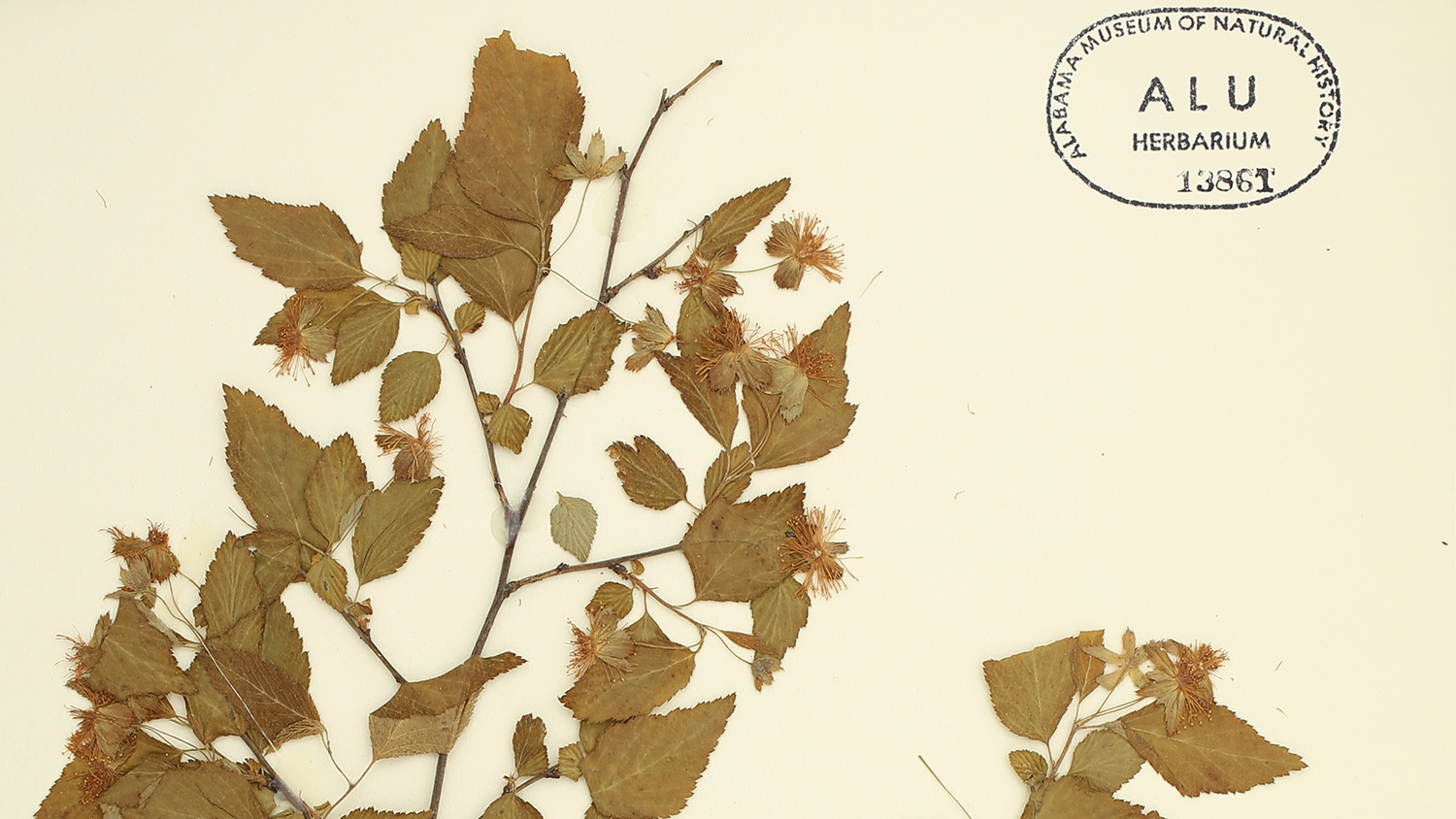 The herbarium is particularly rich in plants from Alabama and aquatic vascular plants of the Western Hemisphere. It contains representatives of approximately 95% of the vascular species that occur naturally within the State and probably 99% of the naturally occurring moss species. Areas of particular richness in aquatic vascular plants include the Alismatidae, the Nymphaeales, and the Pontederiaceae. In addition, we have extensive collections of Gesneriaceae, Croton and Nyssa.

Vascular plant specimens are mounted to 100% cotton mounting paper. The plants are attached by strips of plastic glue or, more recently, acid-free JADE PVA adhesive spread of lower side.

A serious problem any herbarium manager faces is the control of insect pests. Tobacco beetles can destroy a herbarium collection in a relatively short time period. To prevent insect infestations, all specimens are frozen at about -10°F for three days prior to being taken into the collection room. Any sheet removed from the collection room is again frozen before it is returned to the collection, regardless of how short or long a period it was outside of the room.